For an artist who seeks inspiration from nature, dramatic music and romantic literature - the task of fashioning a book cover to represent an essentially academic subject would not involve the above themes in any way one could think of.

The brief for the design for Hart Publishing's Constitutional System of the World series, to the extent that there was one, was just that it should reflect the essence of the book and simultaneously grab the attention of a prospective reader. But still more challenging from a personal stand point as an artist, such a brief introduced the prospect of having to digest an entire book of some complexity and then reduce the text to a distinctly legal and constitutional iconography.

Other commissions for academic book-cover works came from Oxford University Press and Routledge. 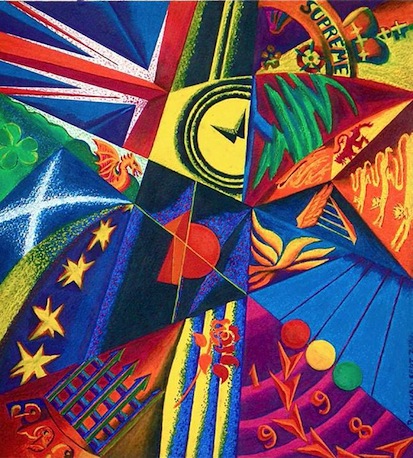